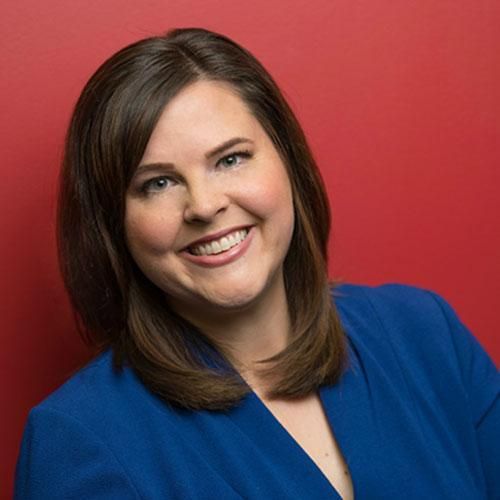 As an executive leader with Red Sage, Michelle Stark drives business development, sales, and marketing initiatives to grow the agency while delivering industry-leading strategic and creative solutions for partners.

Before joining Red Sage, Michelle worked as a television broadcast journalist for more than a decade - earning one Emmy Award and multiple nominations while anchoring and reporting at ABC and CBS affiliates across the nation.  In Alabama, she worked as a morning anchor and technology reporter for Huntsville’s WHNT News 19.  During her 10 years as a technology reporter, Michelle gained special insight into industrial and consumer technology trends, as well as digital communications and new media.  She spent years covering tech startups and established companies such as HP, Apple, and Facebook, and later, key players in the government contracting ecosystem.

In 2019, Michelle was among a select inaugural group invited to serve as a mentor in HudsonAlpha Institute of Biotechnology’s Navigate program. Modeled after MIT’s Venture Mentoring Service Program, Navigate matches entrepreneurs with mentor teams of c-suite executives, experienced entrepreneurs, and subject matter experts.  In 2021, Michelle was accepted into the Forbes Communications Council - an invitation-only community for executives in communications, marketing, and public relations.

Stark has also served as North Alabama’s Chapter President (SPRF Jamie Palmer Chapter of the Year Winner) for the Public Relations Council of Alabama, supporting professional development in PR.  She is a member of the Huntsville Botanical Garden Advisory Board and was a two-term Chair for the Southern Economic Development Council's Communications Committee, helping to plan the region's largest and most respected annual conference for economic developers and community marketers.

Michelle is often tapped as a featured speaker for professional development conferences and programming.  Throughout her career she has earned numerous accolades from the Academy of Television Arts & Sciences, American Advertising Federation, Public Relations Council of Alabama, and various state broadcasting and press organizations. She is a graduate of Michigan State University and holds a B.A. in International Relations.

“It ain’t what you don’t know that gets you into trouble. It’s what you know for sure that just ain’t so.”

Effective, high-quality marketing for people who are short on time and need results